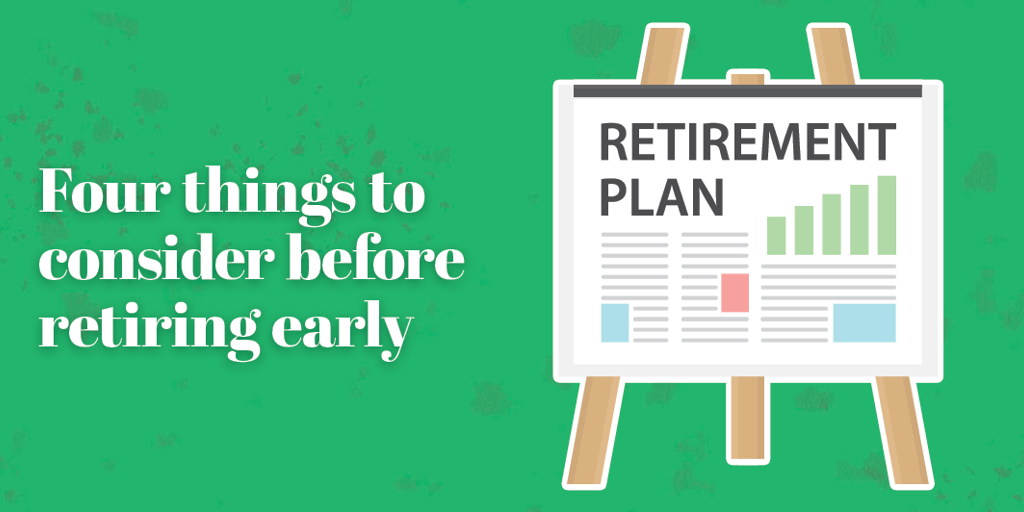 The idea of work/life balance has gained much attention over the last few years. Technology is redefining how and where we “work” and employees are re-evaluating how they spend the largest portion of their waking hours. 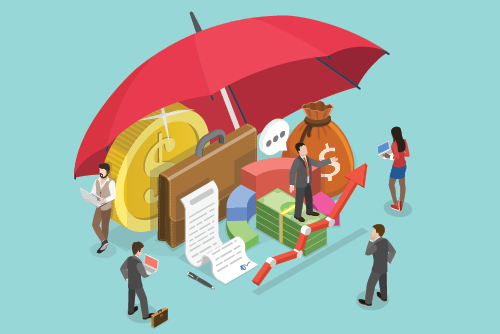 For many experienced workers, a forced “work from home” period in March 2020 opened their eyes to what was being sacrificed during long commutes and cramped offices. Now that workers are being called back to the office, some who are approaching retirement are contemplating an early departure from the workforce. If you find yourself in this situation, here are four things to consider before buying that RV and announcing your early retirement.

Many workers receive healthcare through their employer. According to the US Census Bureau, 54.4% of Americans received employment-based health insurance coverage and employers paid 78% of single premiums and 66% of family premiums in 2020. Workers retiring at 65 are eligible for Medicare, but those retiring early are left to fund their own health insurance until they reach 65.

Health insurance can be a major expense and is one that often gets overlooked in the early-retirement calculation. According to the Kaiser Family foundation, the average annual premium for family coverage in 2021 was $22,221 or $1,851/month. That is 54% more than the median monthly mortgage payment of $1,200 in 2019 and is a monthly bill that can’t be refinanced.

Inflation must always be considered when planning for retirement, but the recent spike has reminded us just how corrosive inflation can be to a retirement plan. There is a simple rule of thumb that can be used to determine future values at a known growth rate. The rule of 72 allows you to determine how long it will take for something to double in value at a given growth rate.

When evaluating inflation, we simply take the rate of inflation (9.1% according to the July 2022 CPI report) and divide that into 72. Under the rule of 72, the cost of goods and services will double in just eight years if inflation were to remain at 9% (72 ÷ 9% inflation = 8 years). That would cut the buying power of your 401(k) in half in just eight years. If you are retiring early, eight years could be a small portion of your total retirement.

One of the greatest benefits to saving for retirement is market volatility. If we are making regular contributions to a defined-contribution retirement plan like a 401(k), 403(b), or IRA, stock market selloffs can help long-term returns. Here’s how. During a market selloff, your regular contribution buys more shares of your selected asset. When the market eventually rallies, you have more shares increasing in value, yielding a larger account balance.

Unfortunately, volatility, does the exact opposite when taking funds out during retirement. Dollars taken out of a retirement fund during a down market will no longer be available to participate in a future market recovery. This is one of the primary reasons most advisors recommend different asset allocations before and after retirement.

One of the most overlooked aspects of traditional retirement plans is their taxability in retirement. Traditional defined-contribution plans use pretax dollars and are not taxed as they grow. This helps them grow quickly, but the tax bill comes due upon withdrawal. Withdrawals from traditional plans are taxed as ordinary income. Many fail to consider that a significant portion of their IRA balance will not go to them, but to the IRS instead.

Let’s assume you have an effective tax rate of 20% and would like $50,000 in retirement income. The withdrawal from the IRA would need to be $62,500 to net $50,000 after tax. Make that withdrawal in a down market and you really start to see the financial impact of an “early retirement” decision. This is where a Roth IRA really shines. Roth contributions are funded with after-tax dollars, but growth and withdrawals are both tax-free.

“Early Retirement” years are the most expensive retirement years

Let’s consider an example. Bob is 59 years old, currently employed, and eligible for a 401(k) and is considering early retirement. Under current retirement law, he can contribute $27,000 per year because he is over 50. Bob needs $50,000/year in retirement income and is subject to a 20% tax bracket. During the six years until he reaches 65, Bob could add $162,000 to his retirement account.

When to retire is a personal decision.

Many physically demanding professions such as police officers and firefighters allow for early retirement, and some even pay for healthcare. However, self-funding an early retirement can be very expensive and should involve a comprehensive financial plan to minimize unexpected surprises.

Retirement does not have to be an all-or-nothing decision. Many prefer the idea of “semi-retirement” where stress and responsibilities are reduced but work and many of the benefits remain. The retirement decision has many inputs, financial being only one of them. But getting the financial component wrong will impact many of the others.

The information provided here is not investment, tax, or financial advice. You should consult with a licensed professional for advice concerning your specific situation.