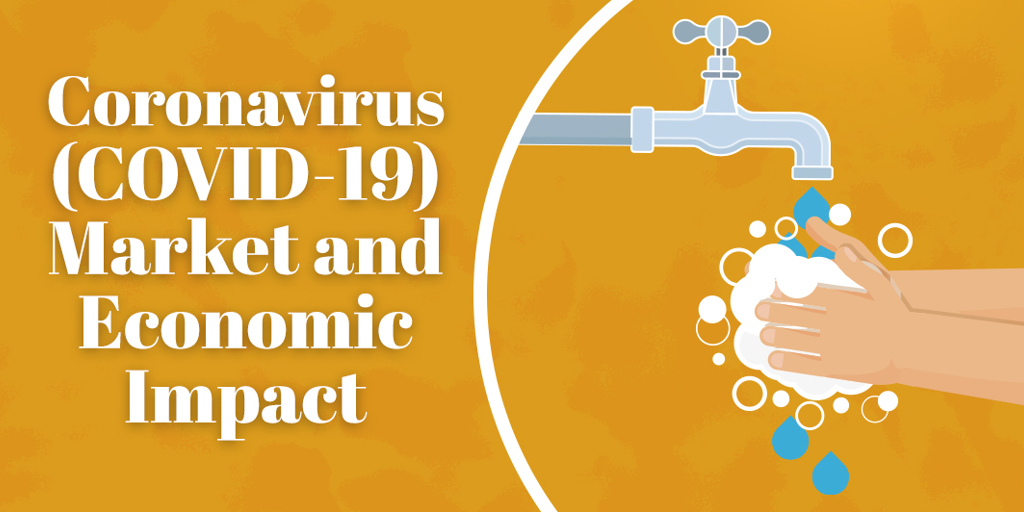 Markets across the globe and in the United States continue to react with volatility as fears of the novel coronavirus escalate.

But while the virus may cause short-term uncertainty, investors should remain focused on the long-term benefits of investing rather than focusing on the day-to-day fluctuations. 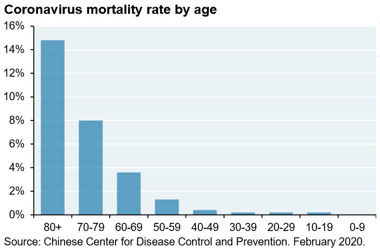 News about the coronavirus or COVID-19 was first reported from Wuhan, China, in late December. The previously unknown virus subsequently spread to countries outside China, including to Italy, South Korea and the United States, triggering concerns of a pandemic.

Symptoms of the virus, which spreads easily from person-to-person, include fever, cough and shortness of breath. Like influenza, COVID-19 most seriously affects older individuals with preexisting health conditions, according to the Centers for Disease Control (CDC).

But that number could increase as the virus continues to spread. As of February 23, there were 78,811 COVID-19 cases and 2,462 deaths reported to the CDC, a 3.1 percent mortality rate. This is nearly a 10-fold increase from January, and it occurred under extreme containment conditions.

Markets worldwide responded in kind to the uncertainty clouding the virus, which has affected nearly every link in the global supply chain from raw materials to finished goods. This upheaval could lead to decreased production and product shortages, causing a supply shock. Among the most vulnerable are electronics and technology companies that depend on factories in China for materials and parts. But large portions of the economy have less than a 10 percent exposure to China, according to data reported by JP Morgan, suggesting that the supply chain may be more diversified than many investors believe.

Still, the disruption to the global supply chain will likely cause significant economic fallout and even recession in some countries that were experiencing weakness prior to the outbreak. Japan, for instance, saw an annualized drop in GDP of -6.3 percent in January. And much of Europe will likely follow.

Already, central banks in Europe and across the globe are cutting interest rates or taking other action in an attempt to manage the economic damage of the coronavirus outbreak. Even Germany, arguably the world’s most fiscally austere nation, is considering the usage of quantitative easing, or money creation policies to deal with a potential economic crisis.

The United States responded to the growing economic threat of the disease by cutting interest rates by half a percentage point on March 3. But it looks like the U.S. may fare better than other countries. Wholesale inventories in the U.S. have been creeping up relative to sales over the last year, which could provide some degree of supply shock protection. But nobody knows the extent to which the virus is going to spread and the effect COVID-19 will have on the U.S. economy. There will undoubtedly be economic disruption, but take heed, markets are resilient.

It’s not a pretty picture, but now is not the time to fall victim to the so-called “behavioral finance penalty.” The overwhelming temptation for investors in times such as these is to sell out of risk assets, run for cover, wait for a clear sign that the storm has passed and then enter the market under calmer conditions. Academic studies have shown time and time again, that that behavior results in 3-5 percent underperformance relative to the market index.

Here is JP Morgan’s take on the current selloff:

Some quick facts on the S&P 500 selloff: at -8.1 percent, it has been the second largest four-day decline from an all-time high on record and is equal to the median level of all 5 percent+ selloffs since 1927. The magnitude of U.S. and MSCI China declines over the last week appears to price in a full year earnings decline of 20-25 percent in China, and 10-15 percent in the U.S. and Europe.

Our sense is that the earnings results may be worse than expected in China, and better in the U.S. Furthermore, large S&P 500 selloffs have historically been followed by a rebound within six months if there’s no recession, which we do not expect given the strength of the U.S. consumer. And for all the talk of collapsing interest rates, the spread between the 10-year and 30-year U.S. Treasury is steepening, not inverting.

This market selloff has been the fastest correction after a new record-high in market history. Part of what allowed the selloff to be so dramatic was the nature of the run-up. A large portion of the recent market run-up were very aggressive growth assumptions in the four trillion-dollar-plus tech companies. These companies (Apple, Microsoft, Amazon, and Google) had grown to 16 percent of the S&P 500 market cap, which is equivalent to the market cap of the bottom 300 companies combined, and these companies have a higher than average exposure to China.

Rather than panicking, utilize these five investment strategies:

Every client's situation and goals are different. Our relationship managers at F&M Trust are here to help you navigate these choppy waters.

Stick with a prudent investment objective. This will help you avoid the human tendency to run from danger and take advantage of it by rebalancing your portfolio. Doing so will give you a chance to take advantage of irrational market reactions.

Investors will have more shares to take advantage of the inevitable recovery.

Central banks will open a fire hose of liquidity to minimize the economic impact of the coming supply chain disruption. Gold and government bonds will become sought after safe havens.

We work closely to make sure asset allocations are appropriate for a client’s risk tolerance and time horizon. We know that markets have periodic corrections and have built the portfolios with that in mind. The last decade has been a remarkable, calm and long-lived bull market. There is no way to know where the selloff will end; markets tend to overreact in both directions. What we do know is that missing the recovery is far worse than absorbing the selloff.

These are unsettling times, but these are precisely the times when portfolio value is either preserved or destroyed by investment behavior. It’s impossible to know when or where the bottom will occur, but we do know that this is a temporary event, and the markets will eventually recover.

Warren Hurt is the chief investment officer at F&M Trust