The commitment is part of Menno Haven’s capital campaign to fund its five-year campus expansion plan known as “Project GENESIS.”

“At F&M Trust, we care about giving back to our community. We are proud to support the good work being done by Menno Haven and hope this contribution will make a difference in the lives of seniors in Chambersburg,” said Tim Henry, president and CEO of F&M Trust.

The memory care houses are expected to be finished early summer, the resident-life center will be completed late summer or early fall and the new skilled nursing small houses will be completed during the first part of 2020.

“Part of Menno Haven’s foundation was built on the premise of philanthropy and good stewardship. Every donation and penny collected goes back into our communities to ensure the long-term future of the organization, reinvesting in our people, and pursuing growth opportunities allowing us to better serve our community,” said Hugh Davis, CEO of Menno Haven.

He added: “The completion of Project GENESIS marks another chapter in the long tradition of being an innovative organization. We have used the term ‘Redefining Senior Living’ to describe what we are embarking on. We are truly preparing our organization to meet the changing needs and expectations of our region’s Senior Living consumers both today and in the future.” 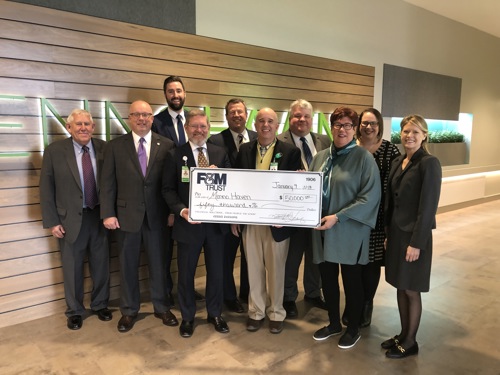