The awards recognize 15 wealth management and fiduciary professionals from across the United States who are committed to the highest standards of achievement at work and in their communities. The recipients will be honored during ABA’s 2023 Wealth Management and Trust Conference, which will be held Feb. 27-March 1, 2023, in Nashville. 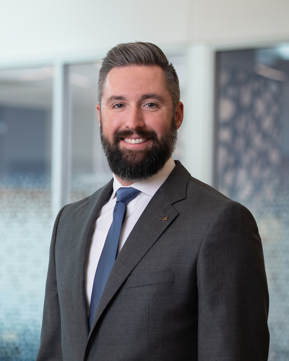 “It’s a great honor to receive this national recognition from the American Bankers Association and my peers in the Wealth Management industry,” Berger said. “It’s truly a testament to the great team I have the honor of working with each day and the flexibility F&M Trust offers us to serve our clients the right way.”

Berger, 36, joined the bank in 2012 as a management trainee after spending his early career as a senior equities trader for Hawkeye Capital Group in New York City. He served as an Investment & Trust Services Relationship Manager before being promoted to his current position in 2015. He was named vice president in 2018.

“Matt has quickly established himself as a fiduciary expert in South Central Pennsylvania. Local attorneys, accountants, and business leaders are quick to seek his advice, in no small part due to the combination of technical expertise and maturity he brings to the table,” said F&M Trust Chief Investment & Trust Services Officer Scott Ehrig, whose division manages nearly $1 billion in assets for its clients.

“His management style is marked by an authentic commitment to his fellow employees, our clients, and the communities we serve,” Ehrig continued. “To those of us who have the pleasure of calling him a colleague, this recognition is an affirmation of what we already know. Matt is an upright, capable fiduciary and a leader in his field.”

He holds a BS in Finance from Penn State University, as well as the Certified Trust and Fiduciary Advisor designation from the American Bankers Association, FINRA Series 7 and 66 securities registrations, and a life insurance license.

Matt has served as Vice President of the Antietam Humane Society since 2015 and been a member of the Waynesboro Country Club’s board of directors since 2021. He previously served on the boards of directors for Cumberland Valley School of Music and Shady Grove Ruritan, and as President of the Franklin County chapter of the Penn State Alumni Association.

About F&M Trust: A subsidiary of Franklin Financial Services Corp., F&M Trust is an independent community bank headquartered in Chambersburg. With approximately $1.8 billion in assets, F&M Trust has 22 community-banking locations in Franklin, Cumberland, Fulton, and Huntingdon counties in Pennsylvania, and in Washington County, Maryland.

Franklin Financial Services Corporation appoints Gregory I. Snook to Board