F&M Trust is pleased to announce the following recent hires and promotions:

In his new position, Klinger is responsible for supervising a team, growing commercial loans, deposits and noninterest income and developing and expanding commercial relationships.

Active in his community, Klinger serves as an advisory board member at Penn State Harrisburg School of Business Administration and as treasurer for Brittany’s Hope – a nonprofit organization that facilitates the adoption of special needs children from around the world.

The Elizabethtown resident is based in F&M Trust’s Mechanicsburg office.

In his new position, Remy is responsible for developing and managing a mortgage portfolio and pursuing new mortgage opportunities from current and prospective customers, home builders and realtors, among other duties.

Prior to joining F&M Trust, Remy worked as a mortgage partner at Traditions Mortgage – a Division of York Traditions Bank.

He is based in F&M Trust’s Carlisle Crossing office. 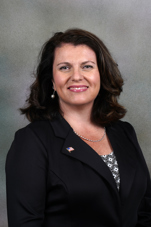 Michele Williams, F&M Trust Training and Development Manager, has been promoted to Assistant Vice President. Williams, who is a Coach Training Alliance Certified Coach
(CTACC), rejoined the bank in 2013 after having worked for F&M Trust from 1990-1995.

The Chambersburg resident is based in the F&M Trust corporate headquarters in Chambersburg.